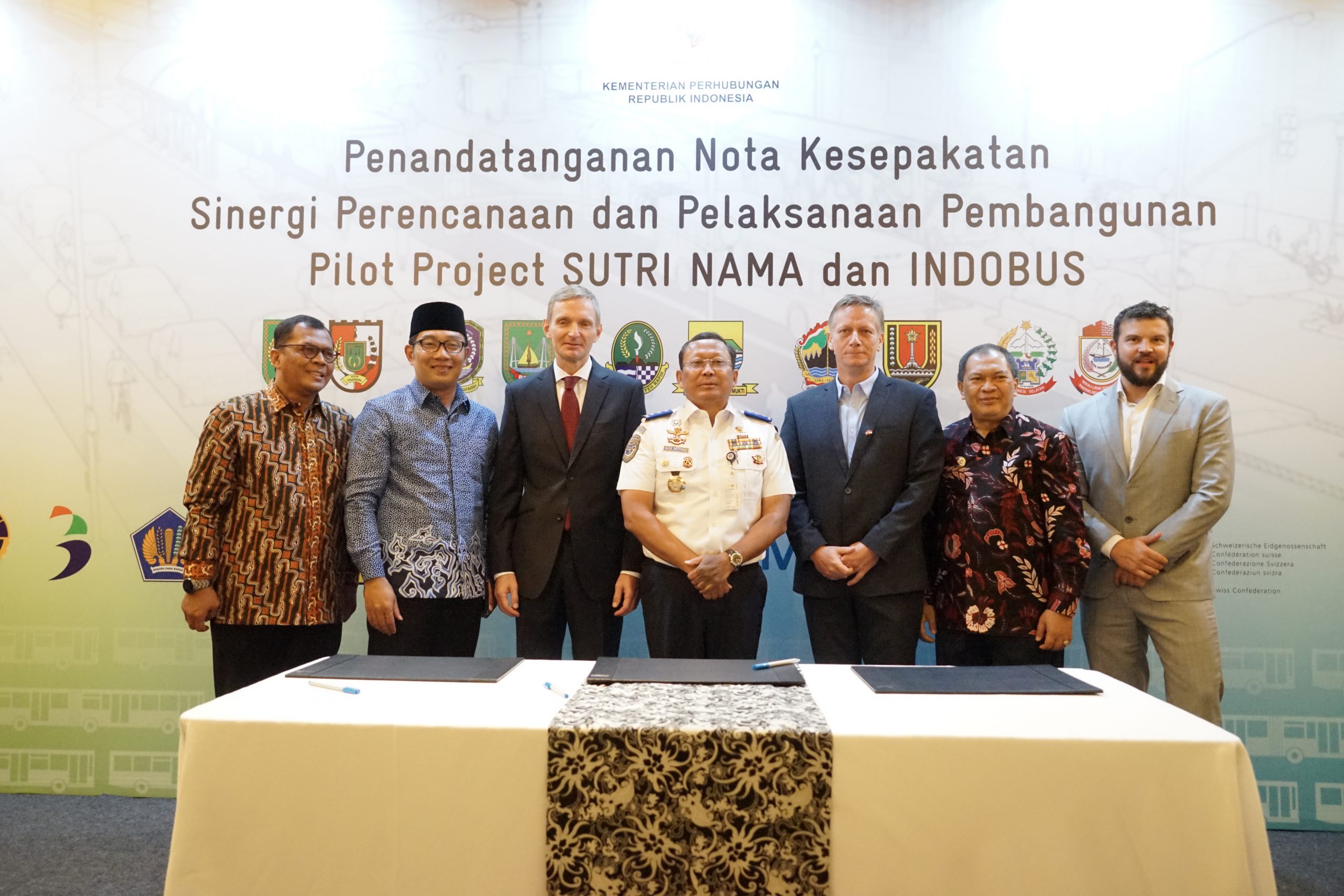 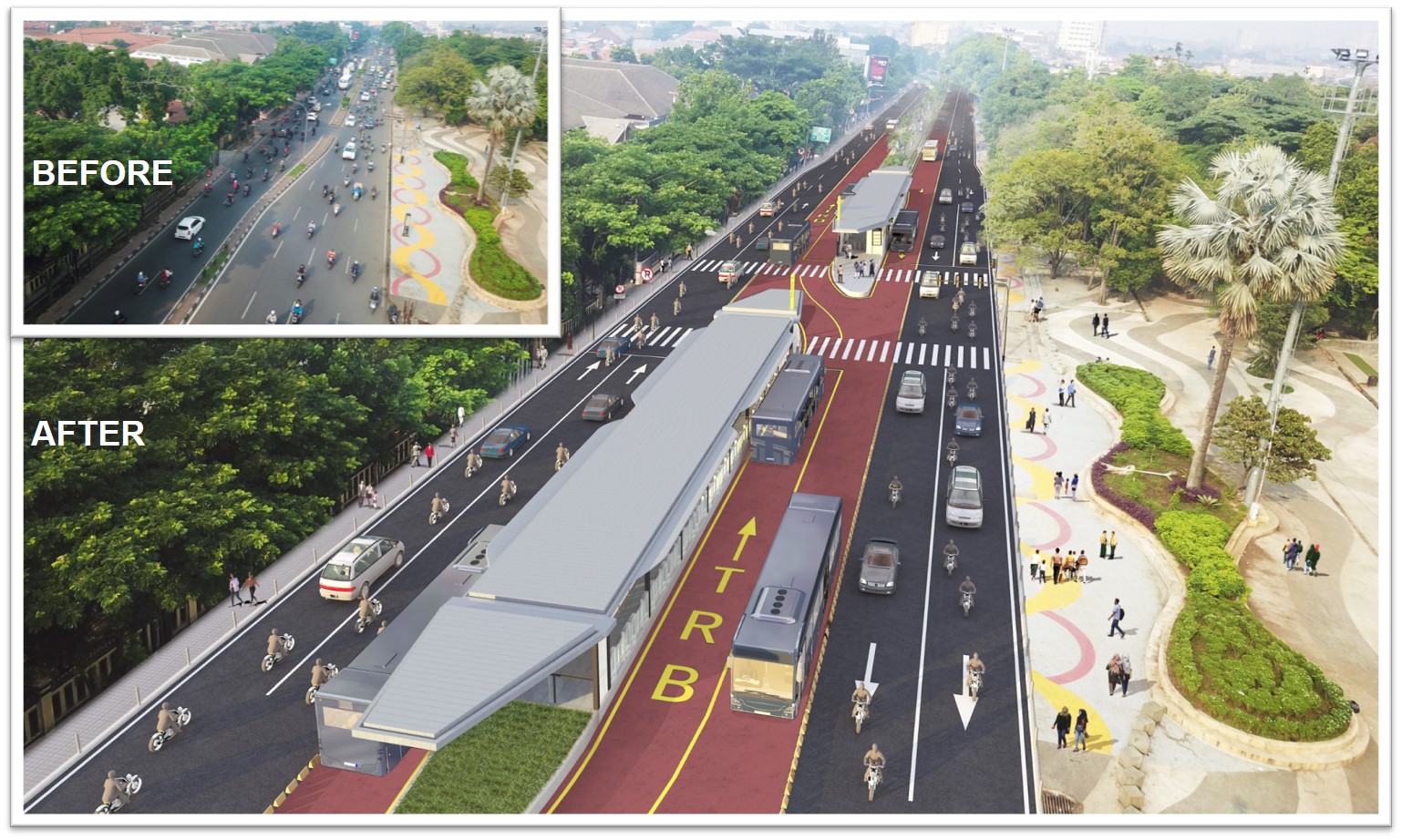 SUTRI NAMA and INDOBUS support the national and sub-national government in Indonesia to develop sustainable urban transport system and policy, with BRT as the backbone for urban mass transport system that will contribute to climate change mitigation.

Due to strong urbanisation and motorisation trends, transport has become critical and posed a significant challenge for cities in Indonesia. The transport sector in Indonesia is the third-largest source of Greenhouse Gas (GHG) emissions contributing to 23% of the national emissions, with land transport representing 89% of all GHG emissions in this sector. In November 2016, the Government of Indonesia has submitted its Nationally Determined Contribution (NDC) and pledged to reduce GHG emission by 29% below business-as-usual (BAU) by 2030, and up to 41% with international support, which includes the transport sector as part of the broader energy sector. Its car-oriented development is exacerbating air pollution, creating massive congestion, and decreasing the quality of life. On the other hand, most cities have lack capacity, policy guidance, and access to sufficient financial resources to develop sustainable urban transport systems.

Sustainable Urban Transport Programme Indonesia – Nationally Appropriate Mitigation Actions (SUTRI NAMA) is a NAMA Support Project (NSP) that aims to enable Indonesian cities to contribute to climate change mitigation through sustainable transport policies and infrastructure projects supported by a National Urban Transport Policy (NUTP) and capacity development. It is funded by the German Federal Ministry for the Environment, Nature Conservation, and Nuclear Safety (BMU) and the Department for Business, Energy, and Industrial Strategy of the United Kingdom (BEIS) through the NAMA Facility.

To augment the impact of the programme, a technical assistance component funded by the State Secretariat for Economic Affairs of Switzerland (SECO) formulated as the Indonesian Bus Rapid Transit Corridor Development Project (INDOBUS) has been added to the line-up of SUTRI NAMA. INDOBUS aims to provide technical advisory related to the development and implementation of the Bus Rapid Transit (BRT) system in Indonesian cities that adheres to international standards.

During the implementation period of 2018-2022, SUTRI NAMA and INDOBUS support the development of sustainable transport policies and infrastructure projects in Indonesian cities that are supported by a national urban transport policy and capacity development. This includes the development and start-up of BRT corridors as the preferred sustainable urban mass public transport system in five pilot cities, namely Bandung, Semarang, Makassar, Pekanbaru, and Batam.

SUTRI NAMA and INDOBUS is implemented by GIZ in cooperation with the Indonesian Ministry of Transportation.